Perhaps the most identifiable dish with the South Carolina Low Country is Frogmore, which does not contain frogs and is named after an 18th century plantation in Beaufort County, which is named after an estate in England. I ain’t saying I wrote the Book on Frogmore but if you consult the Encyclopedia of South Carolina (amazon.com) you will find that I did write the section on Frogmore (and She Crab Soup) after two weeks of exhaustive research.

We use only wild-caught large shrimp (U21-25), which are generally sweeter than Jumbos. Again, if you’re looking for cheap Frogmore with small Asian factory shrimp that are raised in cement ponds in their own poop, don’t even call me.

Our shrimp are generally from the Gulf, but we get brown, white and creek shrimp during the season out of McClellanville, Buxton, Morehead City and Shallotte. We use fresh shucked corn, sliced and grilled kielbasa and Andouille sausage, red bliss potatoes, Vidalia onions, whole head garlic, lemons, dark Bock Beer, and Zattarain’s Shrimp Boil out of New Orleans. It’s all you can eat cooked on site in a huge ass 22 gallon cast iron wash pot I hauled back from Baton Rouge, and shoveled into my Tupelo wood trough on a buffet.

I’m a lucky guy, I get to cook the best foods and serve joy to folks at communal celebrations. What’s better than that? 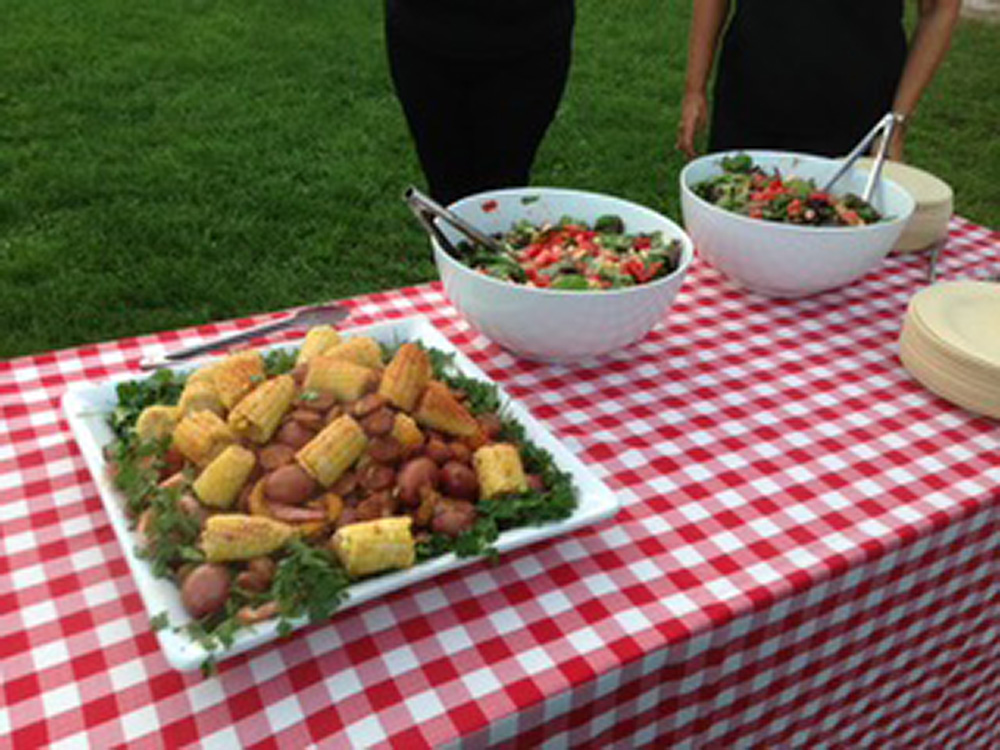 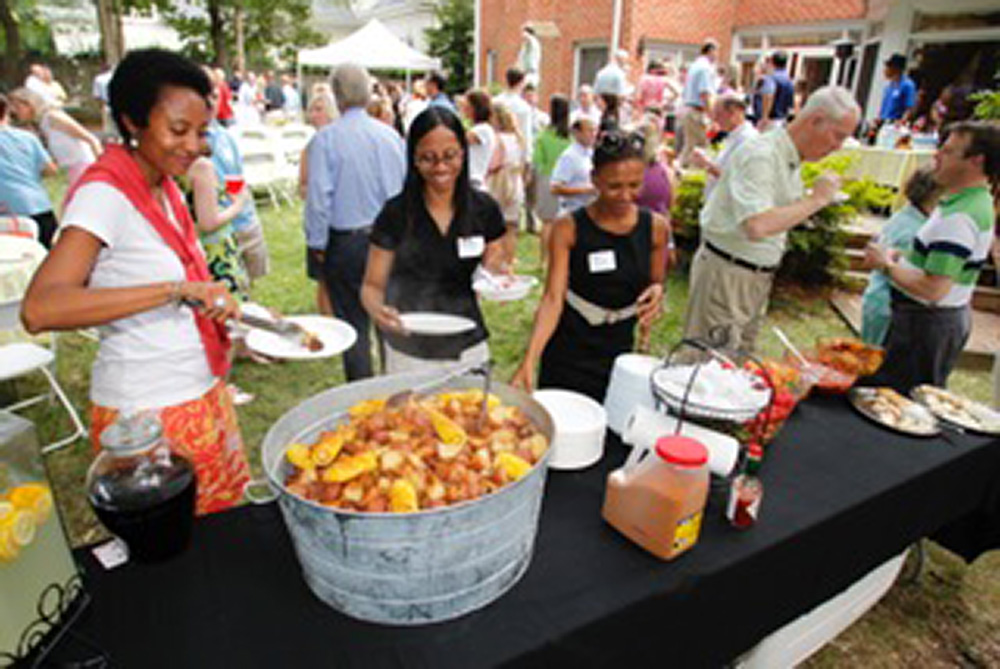 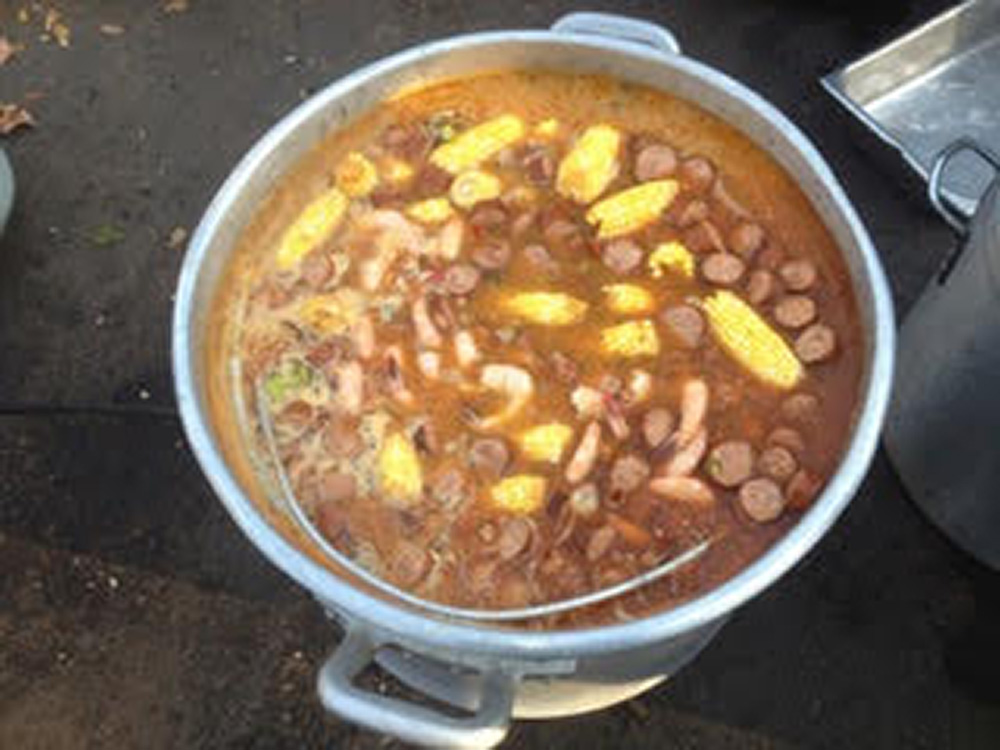 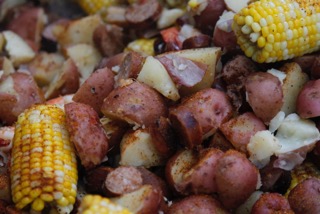